Seven Deadly Sins develops a varied universe in which the heroes have to fight against different races, each one more powerful than the other. The seven deadly sins will find among their most powerful enemies the race of demons and their most powerful representatives, the ten commandments. Nakaba Suzuki has taken care to make ten distinct demons, each with its own personality and commandments.

A commandment is a fraction of the Demon King's power granting a special ability independent of the user's will that can touch him or an opponent. However, all members of the ten commands are immune to commands other than the one they individually possess, so they are particularly serious enemies.

Galan belongs to the race of demons, he is very tall and is always dressed in a red armor with spikes. He is a very powerful demon who has been in this position for a very long time, in fact he was already under the orders of Meliodas when he was the chief of the ten commands. His ability "extreme critic" allows him to increase his power to its limits.

He is the first command member of the ten commands to illustrate the dangerous effects of a command for both his . Following a duel with Escanor, having sworn to fight to the death, he was however seized by an instinctive fear which pushed him to flee what petrified him on the spot. Indeed, anyone who did not tell the truth in the presence of Galan was instantly petrified, including himself.

Grayroad of Pacifism is also a demon, but this one is a grey demon that has mutated and is therefore similar to a ball of dark energies covered with independent masks in both mind and speech. She is a spell specialist using her "curse" ability to alter the movements of her enemies and take their lives. She has also been seen turning her victims into servile lower demons via bulbous implantation.

Her command of Pacifism means that anyone who takes another's life in her presence will find themselves stripped of their life as well. Despite her power, she will be crushed by Merlin in a battle of spells, each more powerful than the last. 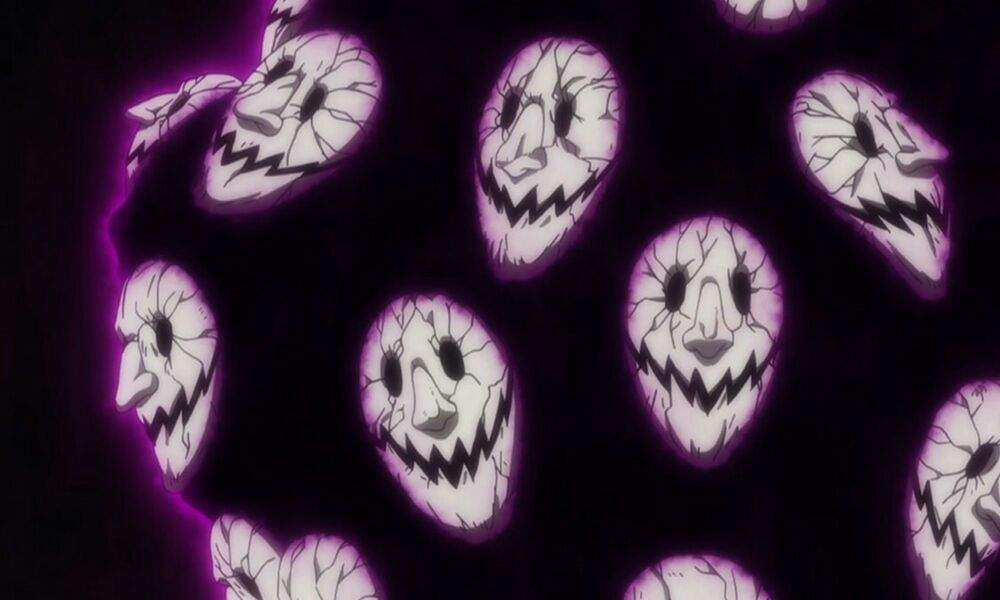 Fraudrin is a large purple demon, a very powerful being who has also been in the service of the Demon King for a long time, even though he was not a member of the Ten Commandments 3000 years ago. He has a unique ability to take possession of a being by entering its body as well as another ability called "Life Size" which allows him to take on gigantic proportions.

His command of Altruism gives amnesia to anyone who gives in to his desires in his presence. He will however be the one who will be turned against his masters thanks to his love for Griamor. However, after refusing to fight, he will be executed by a merciless Meliodas.

Melascula is also a member of the demon race and takes on the appearance of a young woman with pink hair wrapped in darkness. Most of her abilities revolve around sorcery, especially necromancy. Indeed Melascula is a specialist in using the dead, giving them rage in exchange for their return. She is also the originator of the portals that allow the Ten Commandments to move through the worlds.

The Demon King has granted her the command of faith so anyone who gives in to doubt in her presence will instantly see their eyes burned out. Melascula is actually a snake and uses a giant snake form in case of extreme emergency, in this form she secretes an incredibly powerful poison that can even momentarily stop the regeneration of the immortal Ban.

Gloxinia is the first member of the ten commandments not to be originally a demon, indeed Gloxinia is a fairy and not just any fairy since it is the first King of Fairies, so it is one of the predecessors of King. Before entering the service of the Demon King, Gloxinia was an ally of Meliodas and participated with him in the Holy War.

Like all fairies, he is very close to nature and like all Fairy Kings, he possesses a spiritual spear offered by the Sacred Tree. This spear is called Vasquez and like Chastiefol, King's spear, it has at least 10 different shapes. In addition to being extremely powerful, this spear allows him to heal the beings he wants to heal via a drop of life. His command of rest is not detailed, so it is impossible to know its effects.