Broly's character appeared again in a new adaptation taking place within Akira Toriyama's Dragon Ball series. After an arc in the storyline of contrasting powers, Toriyama chose to offer us a sure thing by bringing Broly back from the meanders of Dragon Ball Z to make him a hot character in the universe, snatching him out of the hands of the theorists to once again battle against our heroes Sangoku and Vegetas through this Film 001: Dragon Ball Super-Broly.

Unlike the Broly we saw in the movie Dragon Ball Z: Broly the Super Warrior,Broly is not a heartless brute who travels across galaxies with the goal of destroying them. On the contrary, we are dealing here with a pleasant and deeply kind man. We discover in this film a protective Broly with his close relations although suspicious because of a difficult childhood. As in his Dragon Ball Z version, he has the peculiarity of possessing incredible power and being a combat genius, this peculiarity allows him to increase his power very quickly. In spite of his gentle nature, Broly is prone to uncontrollable fits of rage making him very dangerous to the point of standing up to two super sayan blue. 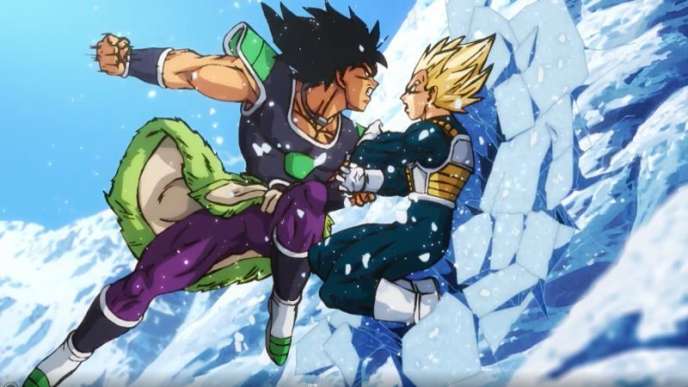 In this new adaptation of Broly's character, Broly's story remains more or less the same, exiled from the planet Vegetal by the Vegetal King, father of Vegetal, because of his too great potential, he will be joined by his father Paragus who once again will seek to use his son as a tool in the service of his revenge against the Vegetal family. Nevertheless, the relationship between Broly and his father shows that, in the end, the zombie blindly obeying his father, we discover a Broly who respects his father and whose death will awaken his dormant potential. Broly fights against Sangoku and Vegeta in spite of everything and obviously ends up losing to their fusion Gogeta however he will not die and will be teleported on the planet having seen his exile to live a quiet life with his friends.

OUR REVIEW OF THE FILM

After seeing the movie, we can say that it's a good Dragon Ball movie. Toriyama offered us here a rehabilitation of Broly's character allowing him to be part of the continuity of Dragon Ball and that's nice! Apart from this detail, the Broly character is made much more interesting by this new treatment, Paragus too even if the changes made are less important. It seems that this Dragon Ball Super movie suffers from the same disease as the series from which it comes from: the animation is unfortunately quite uneven, alternating scenes sometimes at the limit of children's drawing with fighting scenes of incredible quality, especially during the literal destruction of a dimension, which leaves the impression that in the eyes of the animators, the medium is a pretext for big fights. Seeing Songoku and Vegeta again and even Gogeta fighting hard is always warm to the hearts of the fans that we are.

Of course, we encourage you to go and see him to make your own opinion.

One question remains unanswered, what does Toriyama have in store for us next ?

We can without any worries think of a sequel to this still unfinished Dragon Ball Super, the Moro Bow will most certainly be animated in series but as far as movies are concerned we have, at the moment, no clues about a possible future movie and even less about what it could contain. However Broly will not be, at the end, an antagonist again, as it is more likely that he will develop a rival relationship with Son Goku or even that they fight side by side against an even more powerful opponent.

Join the Turtle School and become a student of Master Roshi by wearing our DRAGON BALL SWEATSHIRT. If you prefer figurines then our SSJ VEGETA FIGURINE is for you !