Demon Slayer is a work by Koyoharu Gotoge published from 2016 and continues to this day, it has experienced a huge boom in 2019 thanks to an animated adaptation of impeccable graphic quality. It traces the adventures of a young man named Tanjiro Kamado who evolves in a Japan of the interwar period in search of a way to heal his sister. His quest will lead him to the demon slayers in order to find the original demon responsible for his sister Nezuko's condition. At the top of the demon slayers hierarchy are the pillars, accomplished swordsmen each mastering a particular style of sword fighting. 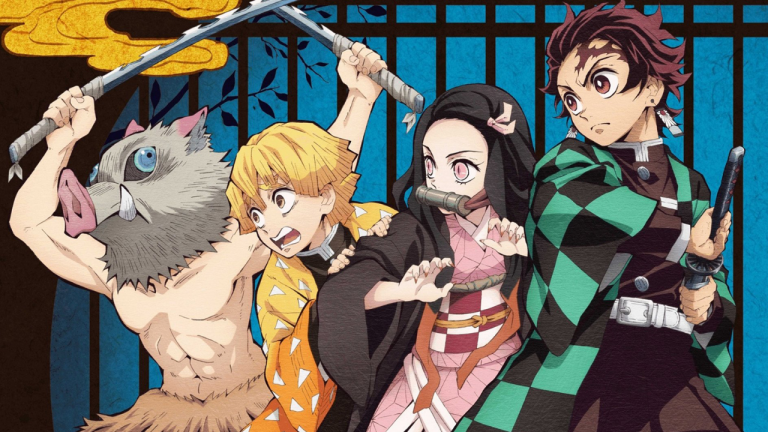 Today the Manga Universe team is going to take a look at the case of the pillars through a small top listing the best characters belonging to this prestigious order, we will see their strong points, their weak points but also their personal history.

5. OBANAI IGURO, THE PILLAR OF THE SNAKE.

Iguro is a singular character, by his appearance in the first place since he is a young, small and skinny man with eyes of different colors, one yellow and the other blue/green and he is always accompanied by a snake that serves as his best friend and with which he seems to communicate. He is also the holder of an adapted version of the breath of water, the breath of the snake, a breath that is played more on tortuous blows thwarting the opponent's defense to strike a fatal blow. His main weakness lies in his human condition, in fact it is said that three pillars are worth one demonic moon. 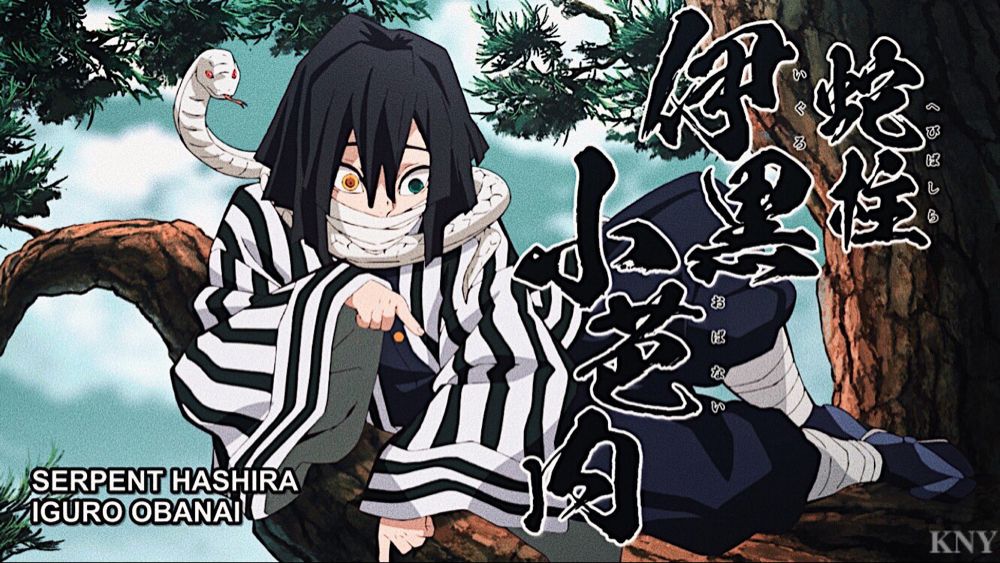 Iguro's story is also extremely interesting, the first male child in a clan that worships a snake demon and offers its babies as a sacrifice, he was kept aside because of his physical particularity to be raised before ending up as a rare prey for the demon, as much for his birthplace as for his heterochromia. The snake demon forced him to open his lips in order to be able to eat more, however he was saved by the pillar of flame before joining the rank of the slayers and becoming one of the most powerful members.

4. GIYU TOMIOKA, THE PILLAR OF WATER.

For the next part of our retrospective, we're going to look at the other student of Urokodaki, Tanjiro's master. And it is indeed the dark handsome of this anime, the one who indicated the address of Urokodaki to Tanjiro, touched by the unusual reaction of Nezuko who tries to protect her brother in spite of the fact that she was transformed into a demon. He is a central character of the work since he is Tanjiro's mentor/senpain (person of the same school but older). Like Tanjiro, he masters the water breath, a technique that increases the oxygen supply in the blood in order to increase the physical capacities of the person who uses it. 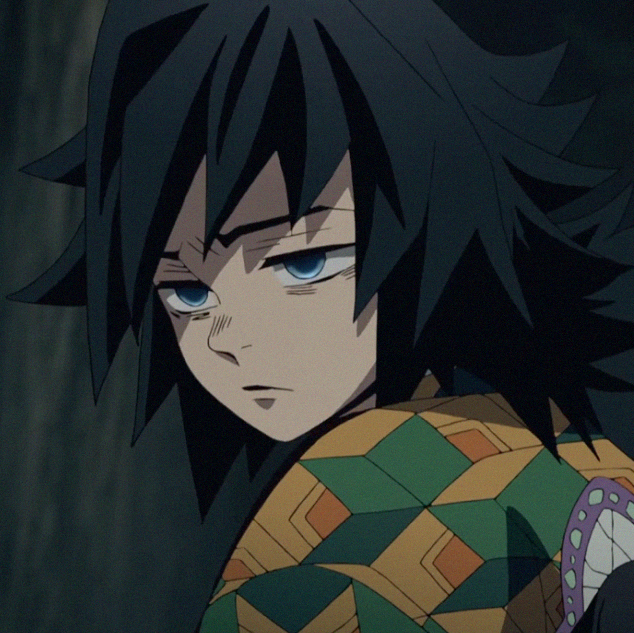 Like many members of the demon slayers, he had a family tragedy involving demons, in fact, when he was still young, his sister was killed by a demon and he was sent to a doctor because he was thought to be crazy. He managed to escape during his transfer and, almost dying of hunger in the mountains, was taken in by Urokodaki who trained him with his disciples. We will learn later that Giyu suffers from a big inferiority complex following the selection of the slayers during which he will take his legs to his neck facing the power of the demons. However, he managed to get out of it and officially became a slayer, which marked him for ever.

3. SHINOBU KOCHO, THE PILLAR OF THE INSECT.

In third position, we will tackle the only woman of this ranking, the talented Shinobu Kocho. Shinobu is a young woman with a pale face and purple eyes without pupils, giving her a little insect side, she is always jovial and seems sweet but hides in reality a deep hatred of demons. Shinobu is much weaker physically than the other pillars of the army and is therefore unable to decapitate a demon, to get around this problem, she has developed her own style of fighting based on a high speed and a poison developed by herself, based on wisteria and changing composition every time her sword goes into its scabbard, she named it the insect's breath. 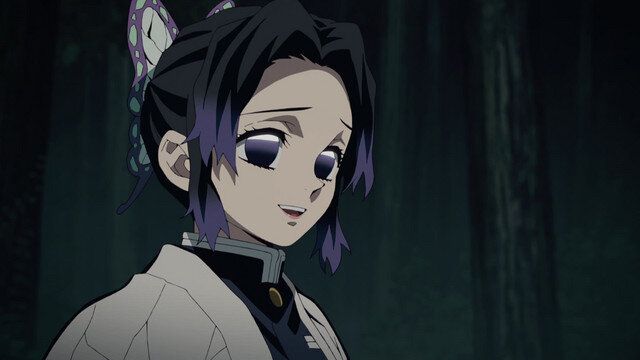 Shinobu was also a victim of demons during her childhood, her parents were indeed killed by demons which will push her and her sister Kanae to join the ranks of demon slayers. The two sisters will be good slayers and Shinobu's older sister will even become a pillar, the one of the flowers, a breath also taken from the breath of the water from which the breath of the insect will also come. Unfortunately Kanae will have to face the second superior demonic moon against which she will lose her life, seriously wounded she will die in the arms of her sister, this one deciding at this moment to take revenge on the demons.

In the second position of our ranking, we find the most powerful of all the pillars, Gyomei Himejima, a giant with an impressive build who has the particularity of being blind which does not affect at all his fighting abilities, he is however a gentle and kind giant. His handicap, his necklace of red balls and his habit of holding his hands in a position of prayer bring him very close to Buddha or the goddess of mercy, Kanon regularly pronouncing "Namu Amida Butsu" which is a Buddhist prayer. Unlike the other slayers, all of whom are armed with swords, Gyomei is armed with a huge axe linked to an equally huge flail weapon by a chain. This atypical weapon allows him to unleash all the power of his breath, the breath of the rock, one of the five main breaths derived from the breath of the sun. Gyomei also experienced troubles before joining the demon slayers, he was originally an orphan who took in other orphans in a temple until the day a demon infiltrated the temple. The demon began to kill the children there, only the one who trusted Gyomei and stood behind him escaped. The child who trusted Gyomei and got behind him escaped. Caught up in a murderous rage, he threw himself into the battle, fighting the demon with his bare fists, he took the advantage and beat the demon on the head at each regeneration until the daybreak. Unfortunately, the shocked child accused Gyomei of the crime who was imprisoned and sentenced to execution before being saved by Oyakata-sama whom he followed without question becoming a member of the proffenders. Only two months after joining the Splitters, he became one of the pillars of the group, which proves his talent. 1. Kyojuro Rengoku, the pillar of the flame.

And we end our retrospective with the best of all the pillars, certainly not in the field of power, but in the writing because let's say it without shame, Rengoku is total bro. He is an athletic young man with red and yellow eyes and a hair of the same color, long and straight on his head. He is an elite fighter since he holds the place of pillar of the flame, he holds his breath, the breath of the flame, of a family heritage indeed each person of the lineage of Rengoku is trained by his parent to the control of this breath. In addition to being an exceptional fighter, he is also endowed with an incredible personality, kind, altruistic, smiling, he places above all his responsibility as a strong man to protect the weak.

He is the son of the previous pillar of the flame and has a younger brother who will also be trained to the breath of the flame and who will dedicate to him an unbounded admiration. We will unfortunately see Rengoku only during one arc since he will leave his life facing the third demonic moon to save our hero and his friends. His shadow will however hover over all the rest of the manga via different memories of Tanjiro.